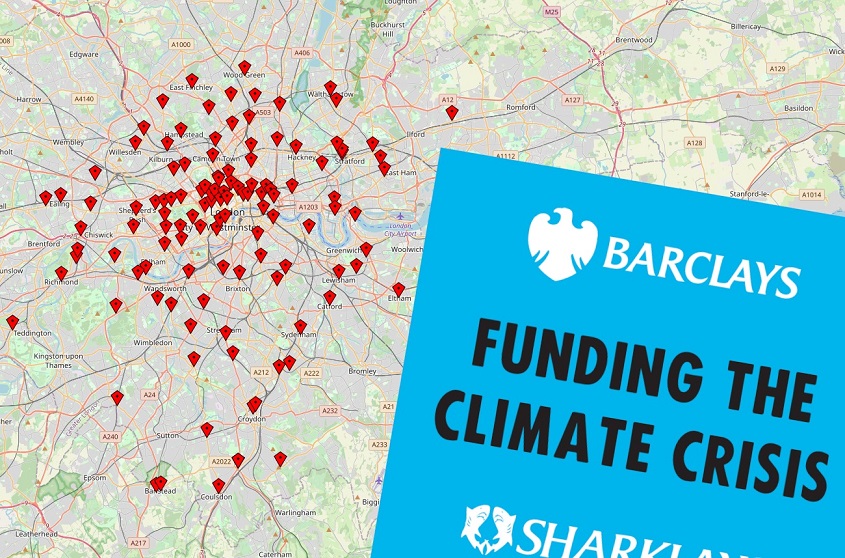 It's a stick-up: protesters rebrand every Barclays branch in London

On a pandemic-muted Friday night, Extinction Rebellion protesters all over London (and others in Bristol) quietly visited every Barclays branch in the city, as well as many stand-alone Barclays cashpoints, to add stickers and slogans highlighting the bank's continued leading role in driving the planet towards catastrophic climate breakdown. The group aims to alert largely-blameless Barclays staff to the unprincipled and destructive nature of its financing and investments, helping fossil fuel companies with their plans to ensure the world carries on burning much the same amount of oil and gas for decades to come. Protesters also decried the lack of legislation to prevent profit taking priority over averting climate disaster. In the words of spokesperson Rob Wheeldon, "Barclays is planning to pour fuel onto the climate crisis for the next 30 years, and our criminally complicit government has no interest in stopping them." The city-wide intervention by Extinction Rebellion is likely to have been noticed by many Barclays customers, as well as staff. The bank has promised more detail next month on its widely-scorned professed green ambitions. If the results are as disappointing as expected, protesters may ratchet up their actions, with increased resultant reputational damage among those customers. 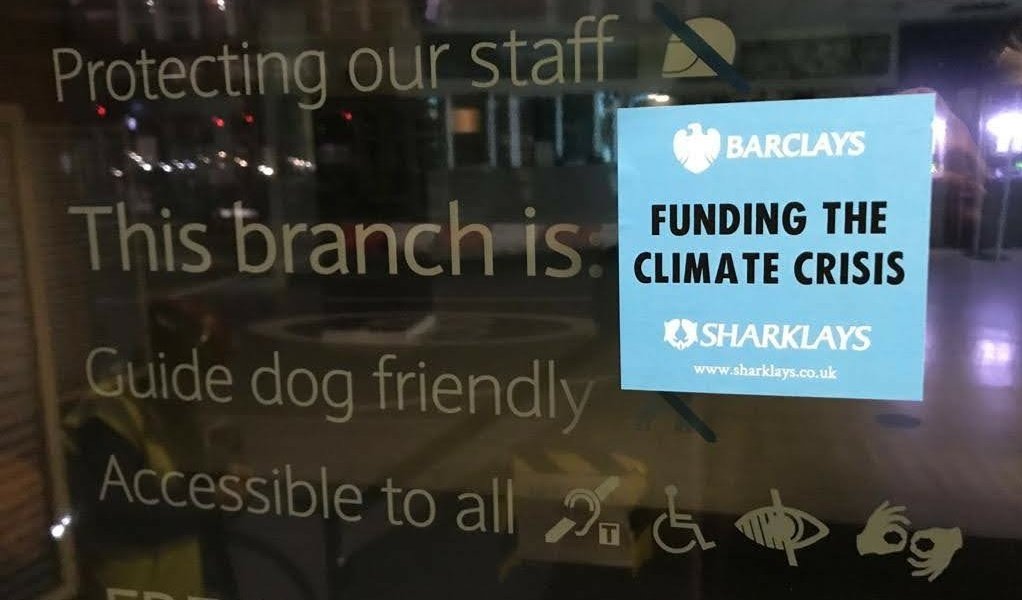 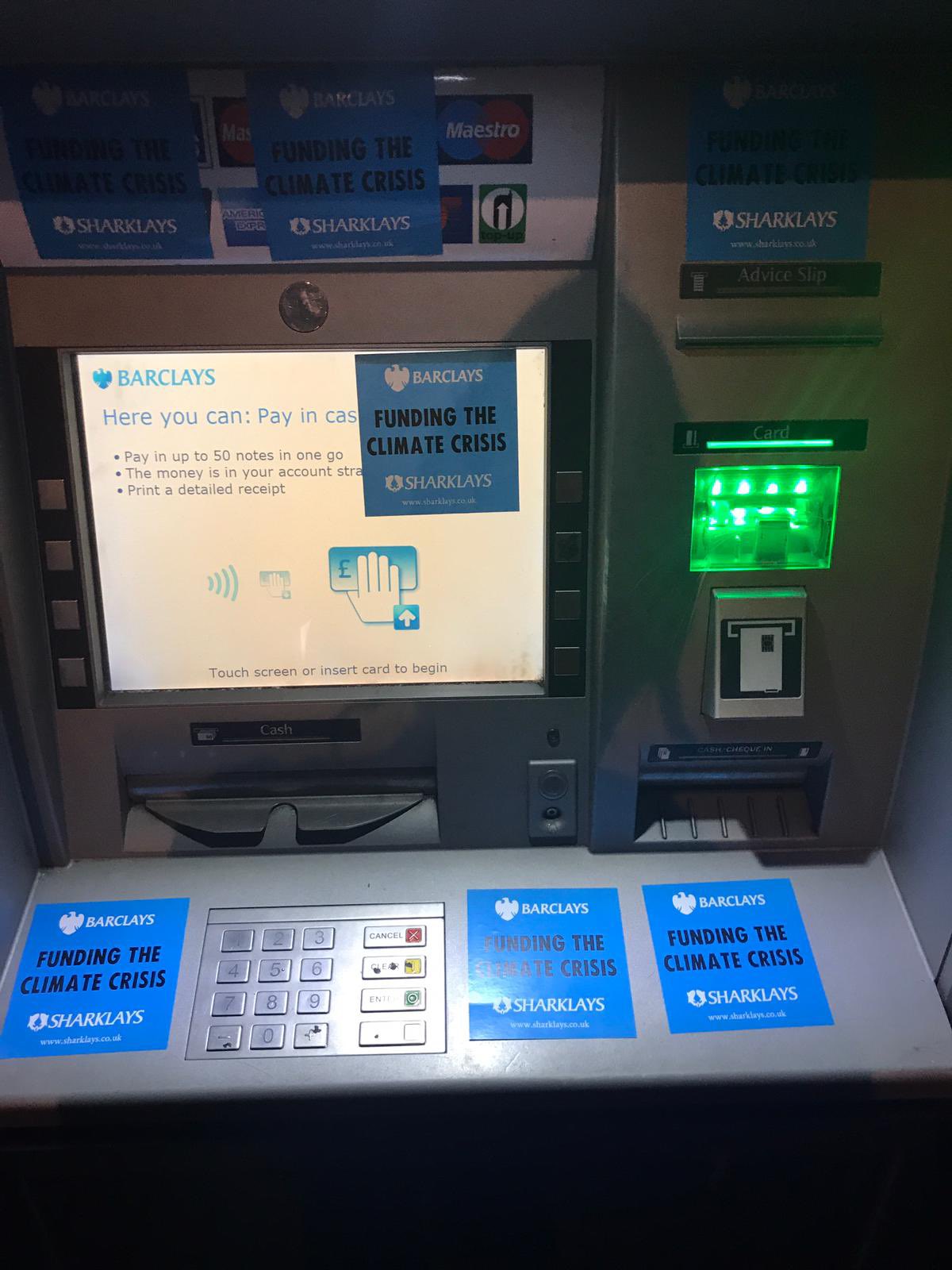 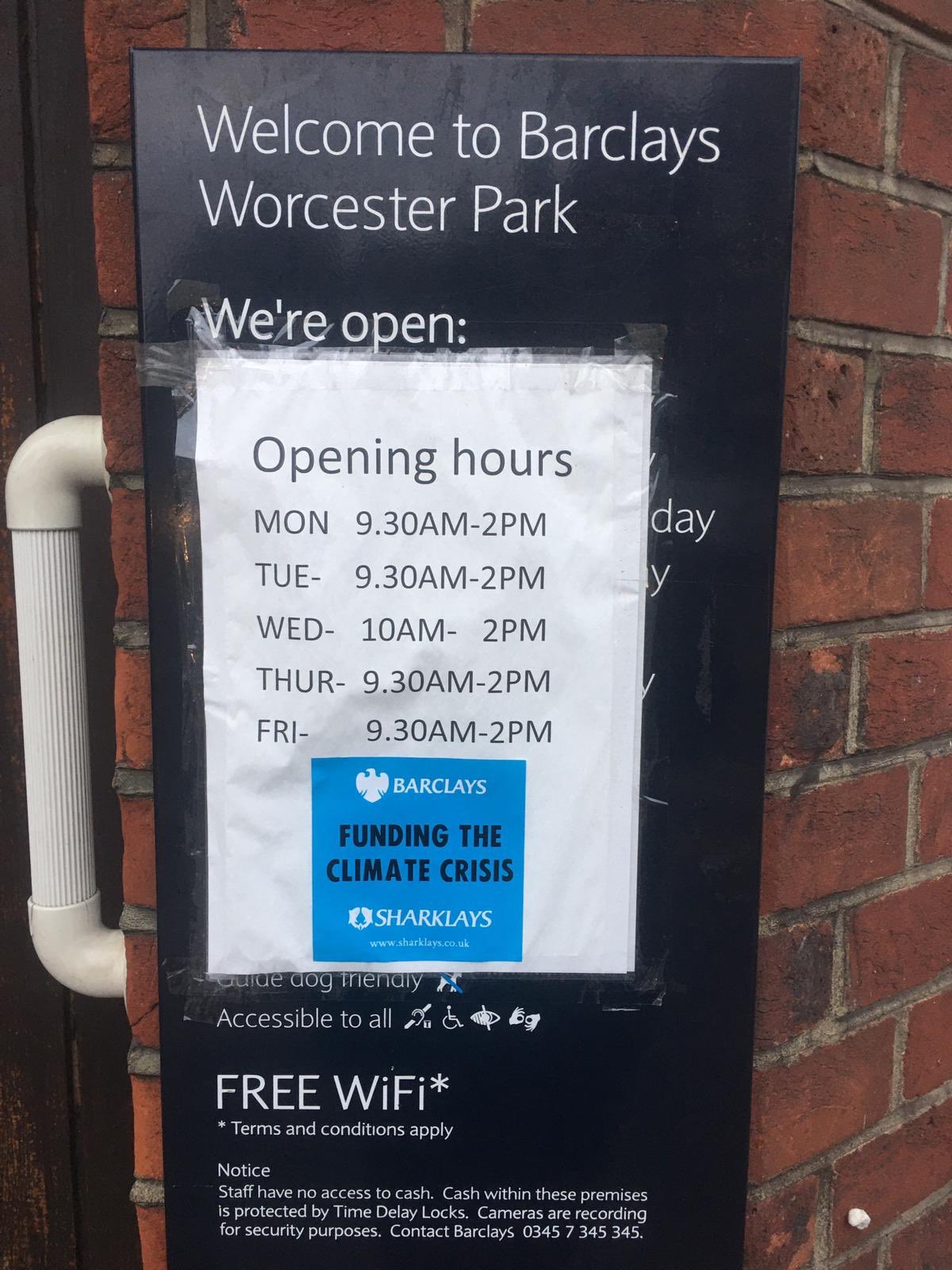