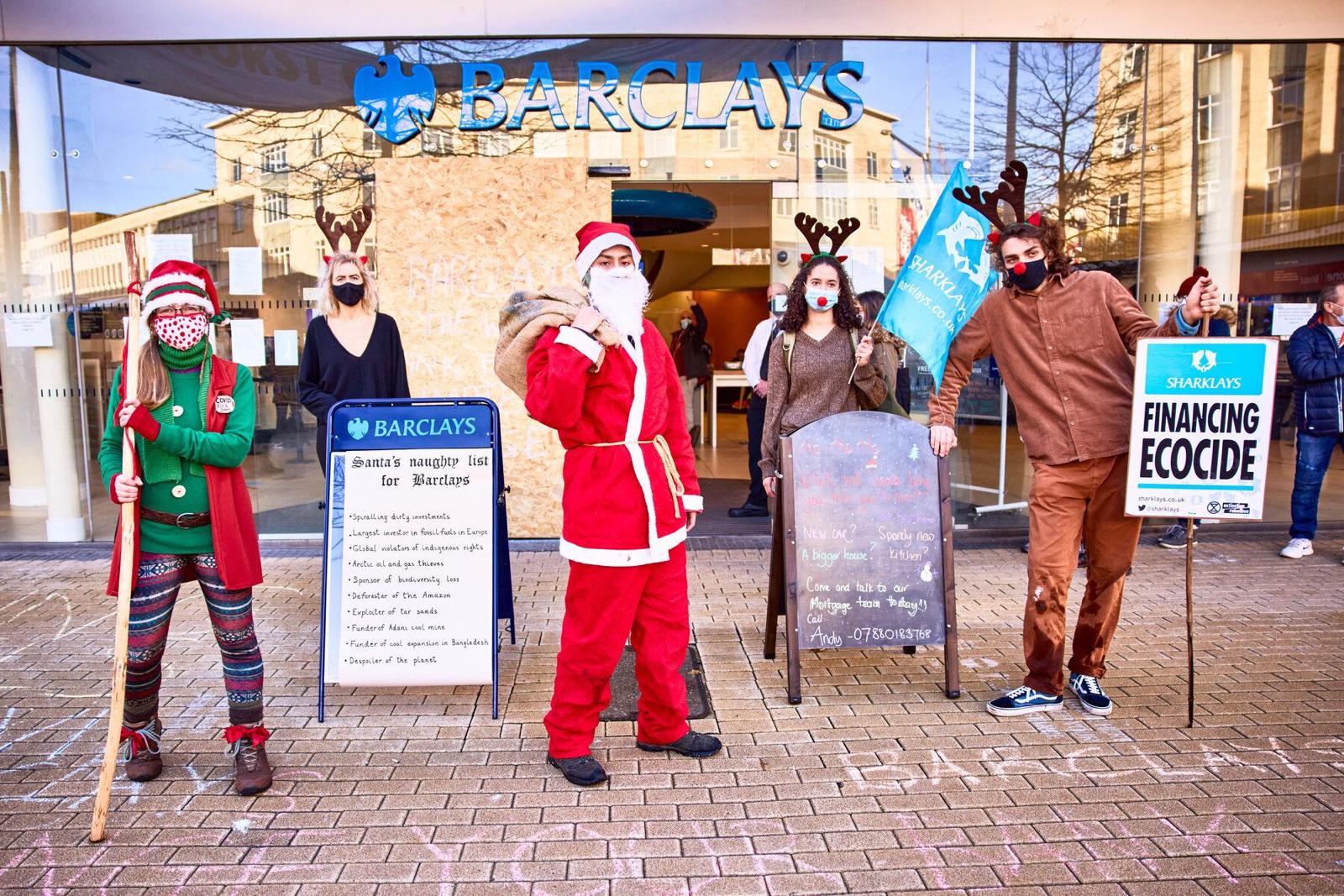 Extinction Rebellion (XR) activists and the Financial Conduct Authority (FCA) have united in condemning new Barclays wrongdoing. The FCA levied a £26 million fine on the bank for its failure "to act with due skill, care and diligence" towards customers in difficulty. Far from being an isolated transgression, Barclays tops the list of banks for the greatest number of fines and the highest total fine value levied by the FCA and its predecessor the FSA since 2001. The XR activists underline a similar pattern of repeat offending in the bank's record on tackling climate change and its status as the biggest funder of fossil fuels in Europe, noting that "Barclays announced their new climate policy at this year's AGM in March only to invest even more in fossil fuels than last year."

At the Bristol Broadmead branch, Santa Claus and rebel XR elves decried the persistent disregard for the planet that has put Barclays firmly on the 'naughty list', deploying stickers highlighting its environmental irresponsibility and exhorting customers to voice their protest by switching to another bank. "That will be the best Christmas present for me in 2020", explained Santa, whose North Pole home is currently on track to disappear by 2035 when Arctic sea ice melts completely - about the time that the toddlers excited about his visit this year will reach adulthood. As serious as that may be, it will be the least of our worries unless more radical action is taken, as many authorities attest. While the protesters scaled the roof of the branch to denounce the bank's role in driving climate change, activists spread across the country used the same stickers to bring their message to a national audience.

Barclays' latest update to their climate policy shows very little change in their approach, so they remain a clear target for environmental activists, along with HSBC. According to XR spokesperson Rob Wheeldon, "Barclays and HSBC are planning to pour fuel onto the climate and nature crisis for the next 30 years, while the government and Bank of England refuse to lift a finger against them. If they won't act, we will. This is just the beginning of our campaign against these criminal institutions."