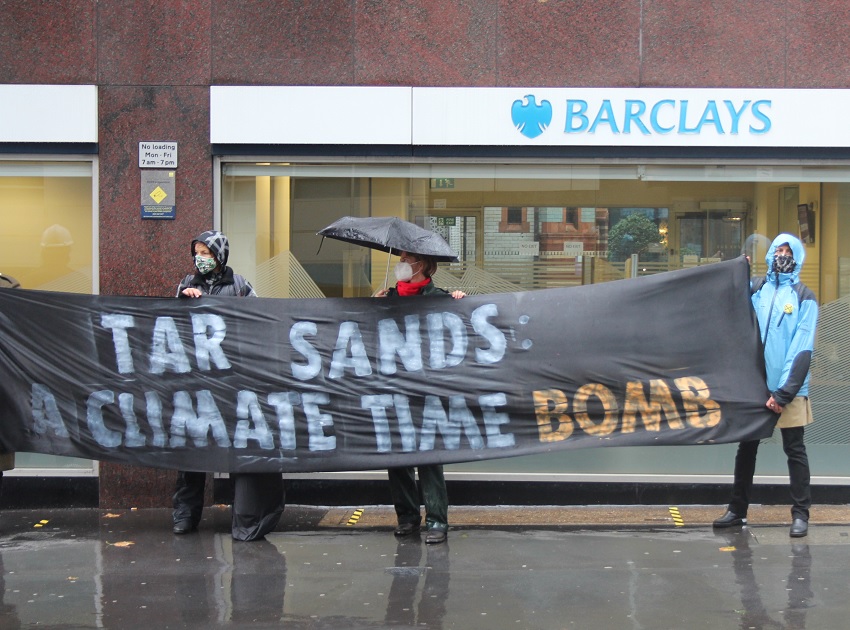 A wave of protests on October 2nd against financial institutions that fund tar sands, starting in London then stretching across the U.S. and Canada, specifically targetted Barclays branches in London to highlight the bank's role in the devastating industry. Short-term profits from tar sands investment push our planet faster towards catastrophic climate change, and in no way "fit within a Paris-compliant world". What's more, ecocidal tar sands processes leak millions of litres of toxic waste every day, wipe out wildlife, are linked to spiralling cancer rates in local communities and effect a "slow industrial genocide". Yet Barclays' tar sands funding increased sevenfold from 2018 to 2019.

As well as protests against other fossil fuel financers, investors and insurers, including JP Morgan Chase and BlackRock, Liberty Mutual is a key focus for the ongoing campaign against tar sands development. The company provides insurance for proposed new pipelines allowing increased tar sands exploitation, with all the climate and ecological destruction that brings but without the consent of the peoples directly affected. Barclays staff - and customers - may wish to question the contradictions between the bank's 2019 ESG Report and its involvement with such a toxic and climate-wrecking industry.

Protests outside Liberty Mutual offices in London and Bristol: 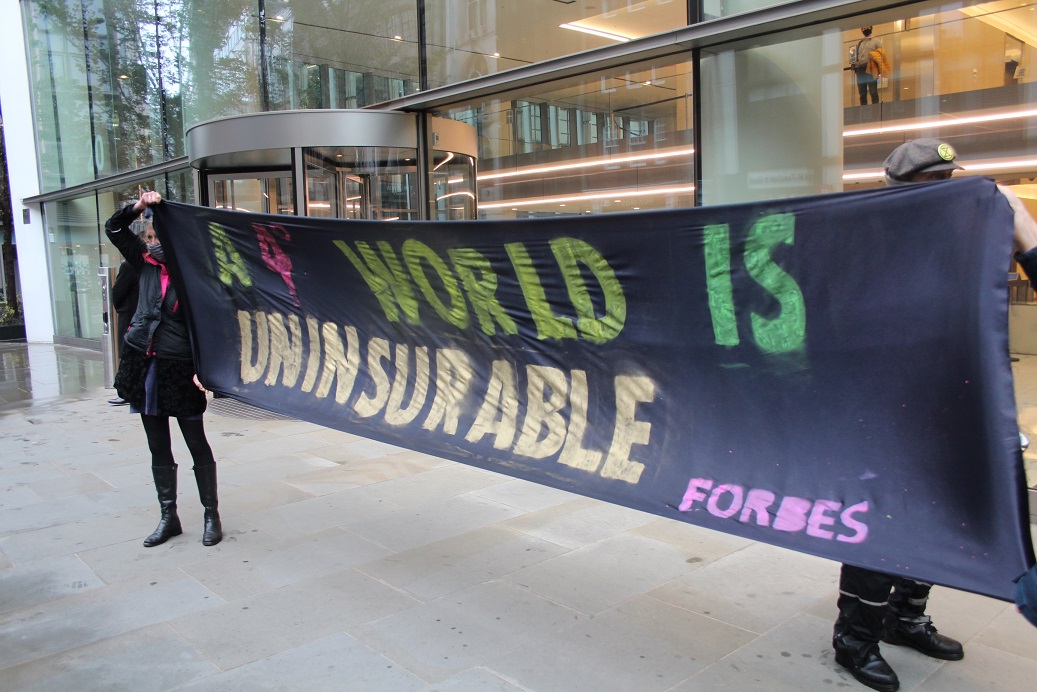 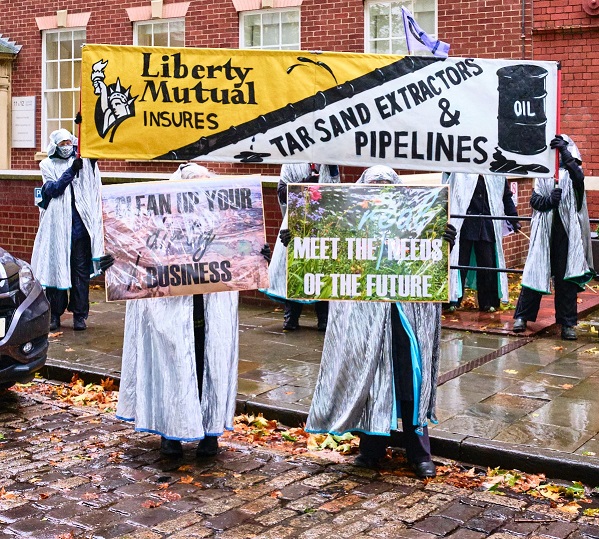