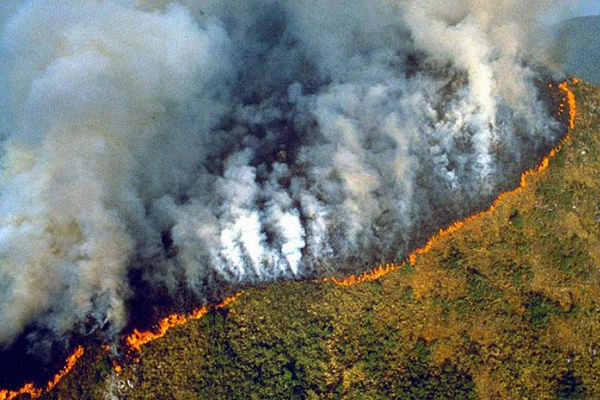 Last year, the world's largest investment banks provided over $2.6tn of finance linked to the destruction of ecosystems and wildlife, detailed in the new Bankrolling Extinction report  - with Barclays in the top 3 European banks concerned, alongside HSBC and BNP Paribas. Coupled with growing public awareness of the disastrous consequences for us all of biodiversity collapse, following the release of David Attenborough's Extinction: The Facts, the report further publicises the bank's profit-before-planet reputation. The ecological destruction is made even worse by its fossil fuel financing. Climate change is a major driver of biodiversity loss, and Barclays is the biggest funder of fossil fuels in Europe.

UN estimates indicate that forests equivalent in size to the entire European Union have been lost through conversion to other land uses just since 1990, not to mention the other ecological impacts examined in Bankrolling Extinction, such as fishing, mining and infrastructure. Although many banks claim to have environmental policies, these are often meaningless, as with Barclays net-zero claims. Highlighting that banks will produce only greenwash unless compelled to change, the report's authors demand that governments "stop protecting the role of banks in biodiversity destruction and rewrite the rules of finance to hold banks liable for the damage caused by their lending". Legislation aside, public pressure is an effective lever for compelling banks to change, one that Barclays customers may be even more drawn to in the light of the report.