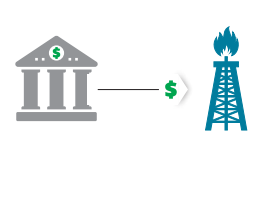 Beset by protests and controversy in recent years, UK fracking has received another blow with Barclays announcing its withdrawal from the industry in the UK, nearly two years after committing to sell its holdings. While this may be welcomed by boycott campaigns that have drawn attention to the bank’s involvement, it sets out no such withdrawal from fracking financing elsewhere. From 2016 to 2018, Barclays’ fracking financing totalled nearly $13B, including some of the largest fracking companies in the Permian Basin, EOG Resources, EQT Corporation and Concho Resources. In its 2017 commitment to withdraw from fracking in the UK, Barclays stated that its overall stance on fracking had not changed, so there is little reason to expect Barclays to stop investing in companies such as these.