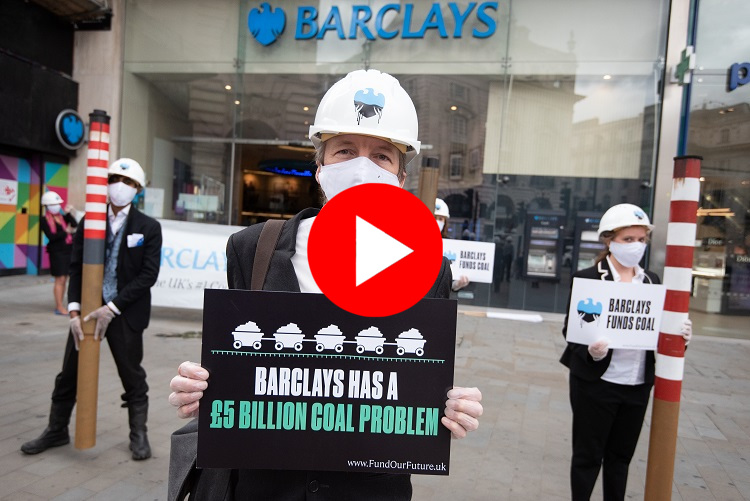 The release of the 2020 Fool's Gold briefing from Europe Beyond Coal was accompanied by protesters outside Barclay's flagship Piccadilly Circus branch, vividly condemning the bank's coal financing with soot-stained smokestacks and coal-miner hard hats with a mock Barclays logo. The briefing examines eight significant coal utilities in Europe, responsible for half of all EU coal-based CO2 emissions, and identifies €1.7bn of loans by Barclays to five of those companies. Responding via the Financial Times, Barclays asserted that the briefing's "claims are out of date and based on false assumptions," an assertion comprehensively dismantled by lead author Kaarina Kolle. Given that the bank's revised position following its recent AGM is characterised as "distant targets and no substance" by Greenpeace and will result in "little to no material impact" according to ShareAction, Barclays clearly needs to go much further in reducing thermal coal financing.